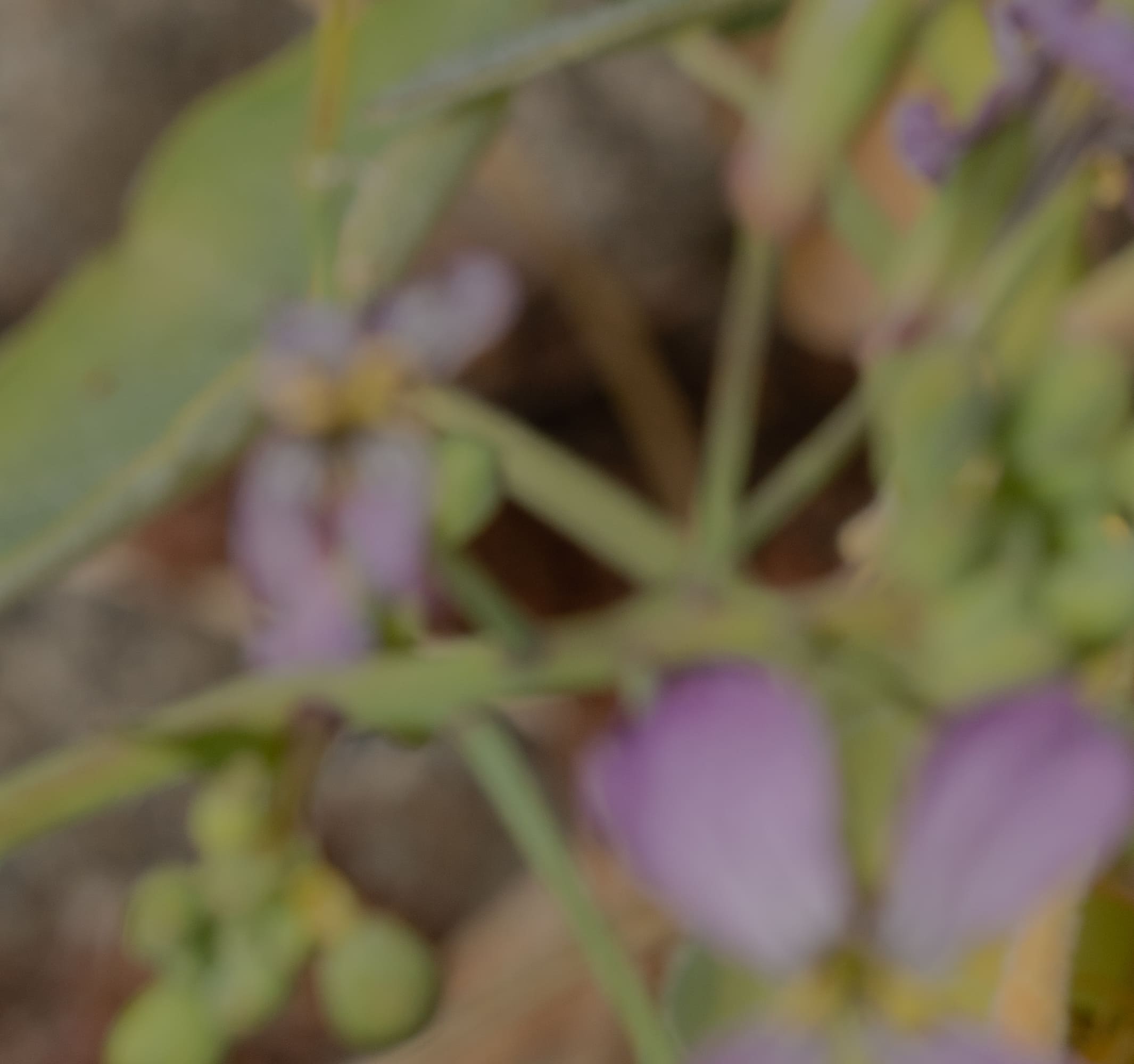 is a research platform exploring rural automation and post-pastoral speculation.

*The Summit featured work by ARTIFICIAL RURAL IMAGINATION, live machine-generated reflections on the contents of Flyover Summit through an Artificial Rural Imagination. Produced by Robert Twomey with Ash Eliza Smith and a cadre of Carson Center undergraduates. 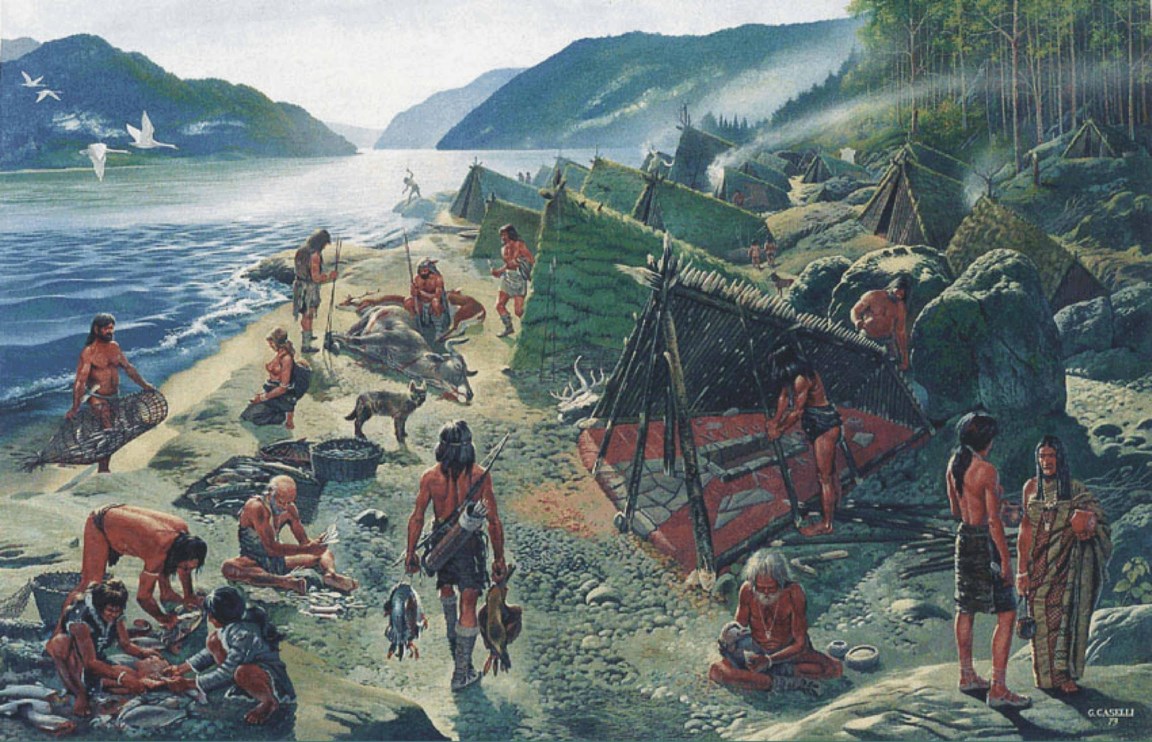 James Wescott
How the domestication of our species unleashed psycho-social forces that created 'countryside', and how civilization mythologized it …

James Westcott co-teaches a studio on material flows at the Architectural Association in London, and leads a seminar on conservation strategies. He was editor of the Rem Koolhaas/AMO books Countryside: A Report (Taschen, 2020), Elements of Architecture (Taschen, 2018 and Marsilio, 2014), and Project Japan (Taschen, 2011), and he wrote When Marina Abramovic Dies: A Biography (MIT Press, 2010). 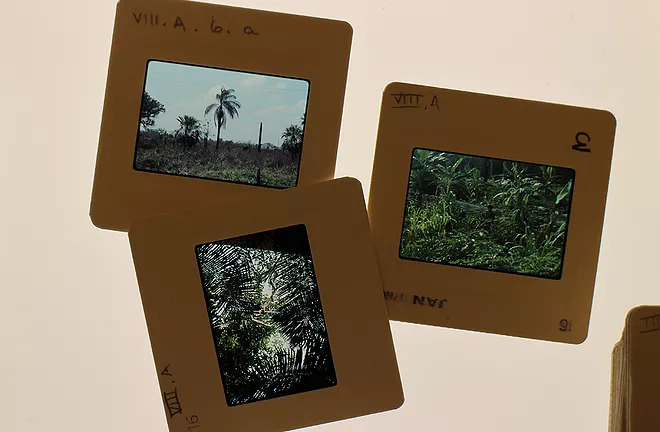 Paulo Tavares
Through forensic architecture techniques, this talk challenges the binary divisions between the forest and the city, the urban and the rural. 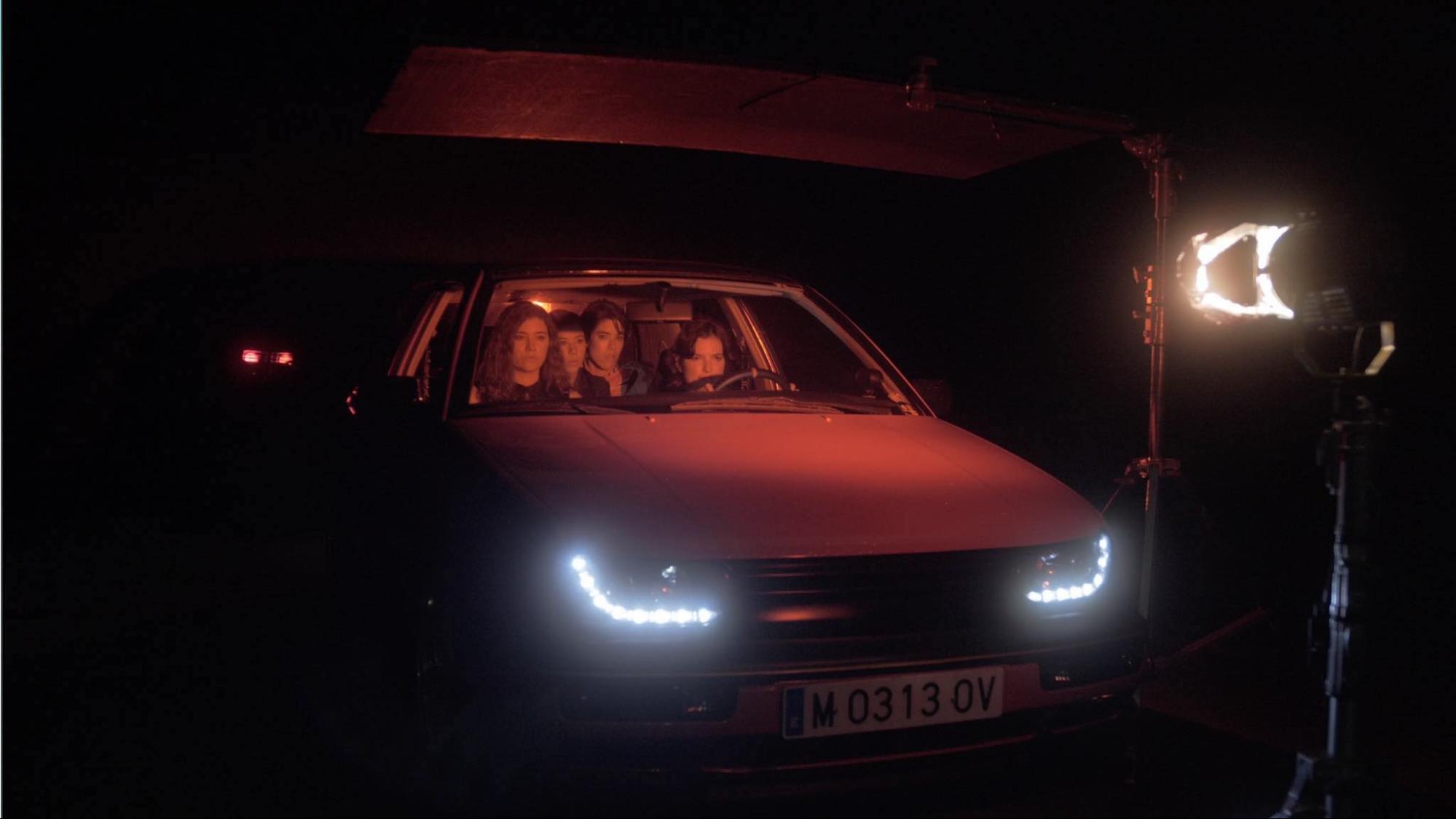 A shared body, a global gut, a chain of chemical intoxications. Our waste holds and carries metabolic processes. Entangling human and non human in interspecies and multi-scalar levels. A form of economy and global collaboration. FLUSH is around and everywhere. FLUSH rules us.

Shannon Bartelt-Hunt is professor and department chair in the Department of Civil and Environmental Engineering at UNL. She is an environmental engineer whose work focuses on the occurrence and effects of contaminants in agricultural systems.

Andrea González Garrán is a designer with a background in architecture and a strong focus in editorial innovation, experimental publishing, physical and online platforms and cross media formats. Her research focuses on spatial politics, infrastructure and landscape in a playful manner. 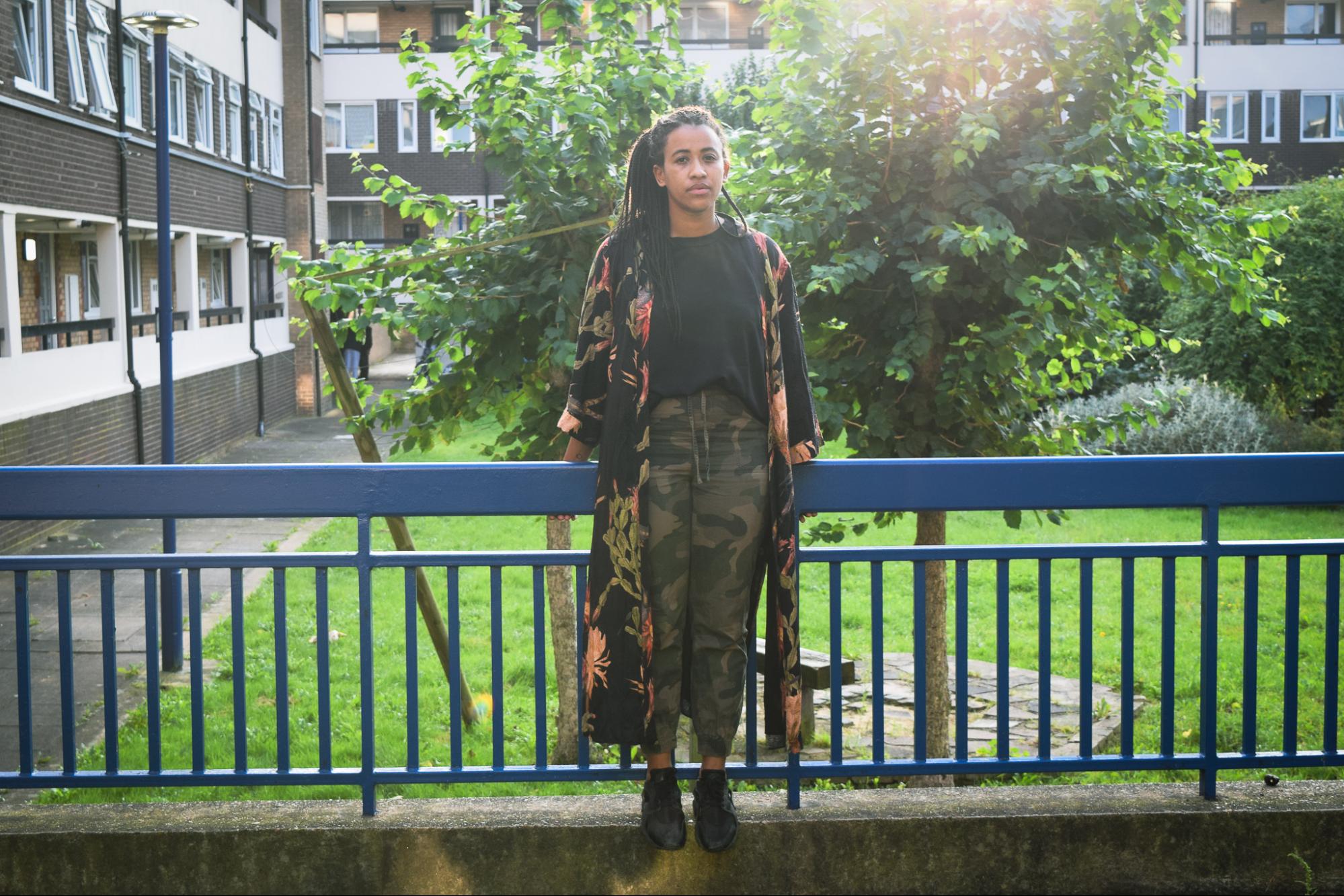 Stratigraphy is a scientific discipline concerned with the study of rock layers; processes of gathering, accrual and sedimentation over time. Here, I conduct a stratigraphic study of a number of black holes encountered in Lusaka, Zambia. Within these layers are villains and heroes, characters of multiple motivations whose relation has shifted over time, distorted by pressure and fluid dynamics. Buried here too is the project of property abolition, the disavowal of the profit-logic and the dream of a more just, equitable set of planetary relations. The solidity of the ground is a mere illusion, and so too is the porosity of the air. Rather than lament a lost future, this study revells in just how close our emancipatory past is. Dark, still, and yet to come.

Thandi Loewenson (b.1989, Harare) is an architectural designer/researcher who mobilises design, fiction and performance to stoke embers of emancipatory political thought and fires of collective action, and to feel for the contours of other, possible worlds. Using fiction as a design tool and tactic, and operating in the overlapping realms of the weird, the tender, the earthly and the airborne, Thandi engages in projects which provoke questioning of the status-quo, whilst working with communities, policy makers, unions, artists and architects towards acting on those provocations. 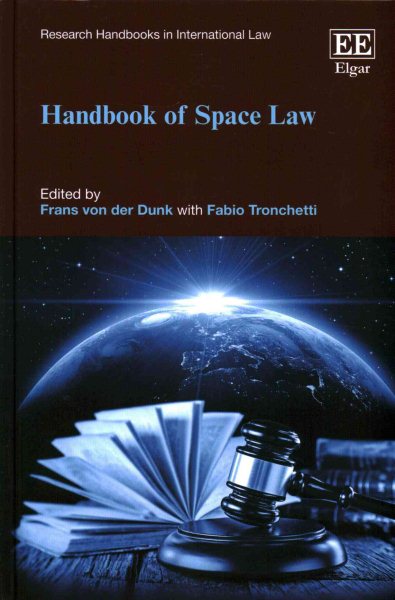 One of the most topical issues today in humankind’s exploration and use of outer space concerns the imminent possibility to extract mineral resources - from the Moon, asteroids or other celestial bodies. While there is a general legal framework called “space law” applicable to such activities, unfortunately it does not solve all the legal issues in this context. The talk then will briefly sketch what space law is and how it applies to space mining.

Frans G. von der Dunk is the Harvey & Susan Perlman Alumni/Othmer Professor of Space Law at the University of Nebraska’s unique Space, Cyber and Telecom Law Program, as well as the Director of Black Holes, a consultancy company on issues of space law and policy. 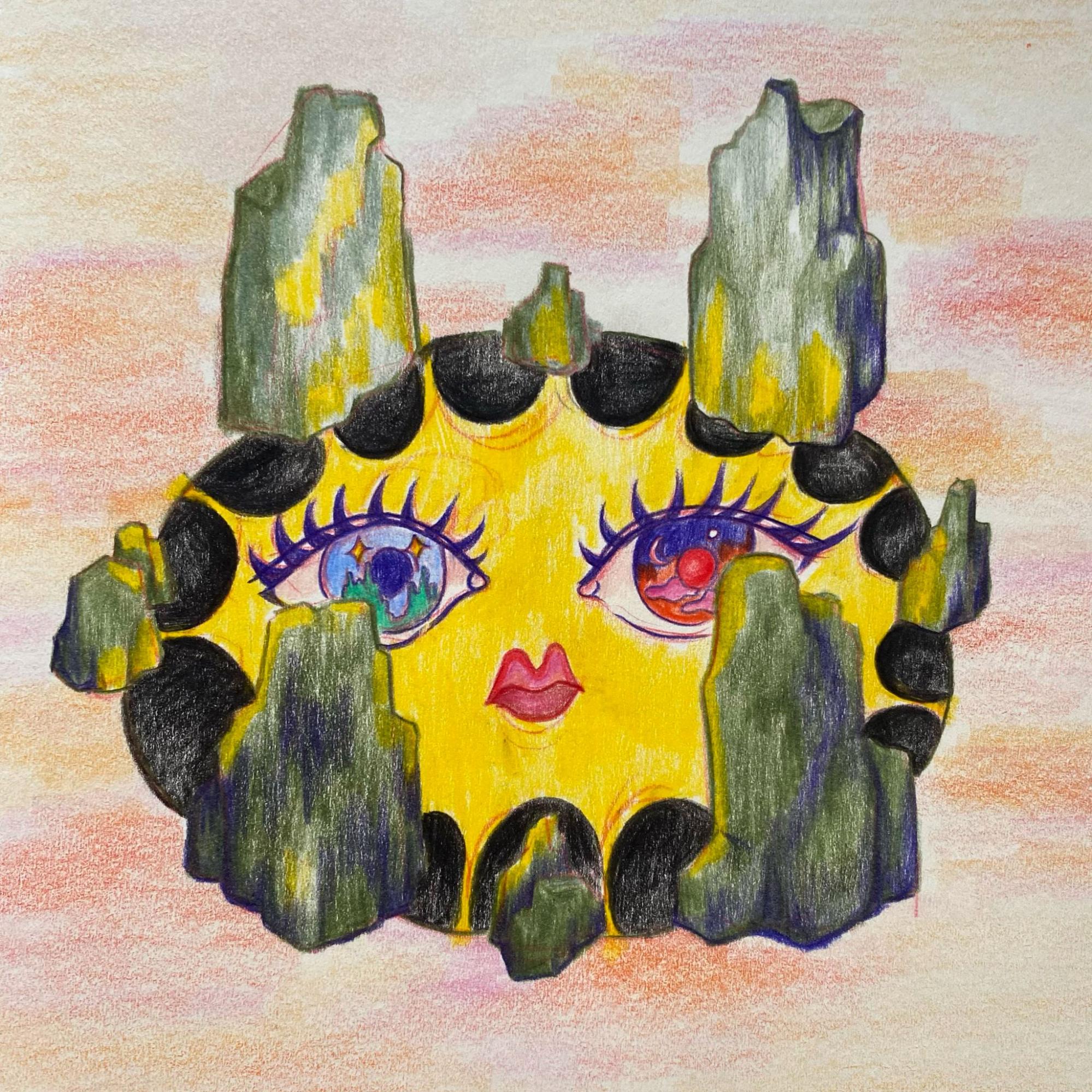 Have you met Ann, Kee, Raa, Guu and their AI Helpers from the Nebolusian Field? Together, Santosh Pitla and Parrr Geng will talk about Precision Agriculture in the form of scientific research and worldbuilding.

Parrr Geng grew up in the Yangtze River Delta and now lives in Berlin, Germany. She currently works as an artist who builds conceptual worlds, designs characters and creates immersive environments through video games and illustrated stories.

Santosh Pitla is an Associate Professor in the Department of Biological Systems Engineering at the University of Nebraska-Lincoln. Santosh’s research is in the area of agricultural robotics, control architectures for safe and secure operation of autonomous equipment, and tractor power characterization for multiple field operations. 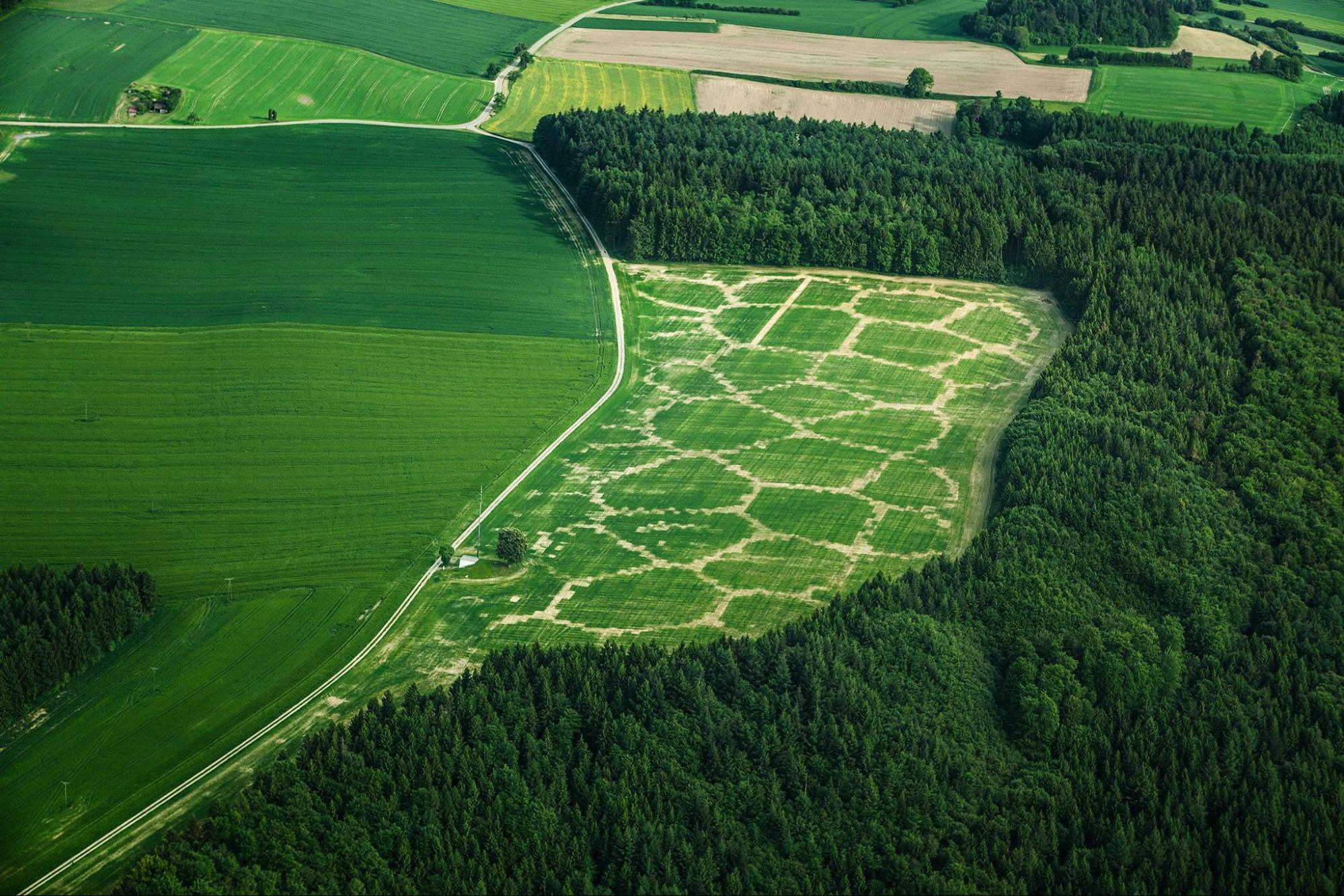 The talk is about the process of mapping (reading) and shaping (writing) landscape with data in the contemporary age of precision farming. The talk showcases the project "Avena+ Test Bed" which is an experiment to explore the relationship between landscape, agriculture and digital fabrication.

Benedikt Groß is a speculative and computational designer who works antidisciplinarily. He is a professor of Strategic and Interaction Design at the HfG Schwäbisch Gmünd, Germany. 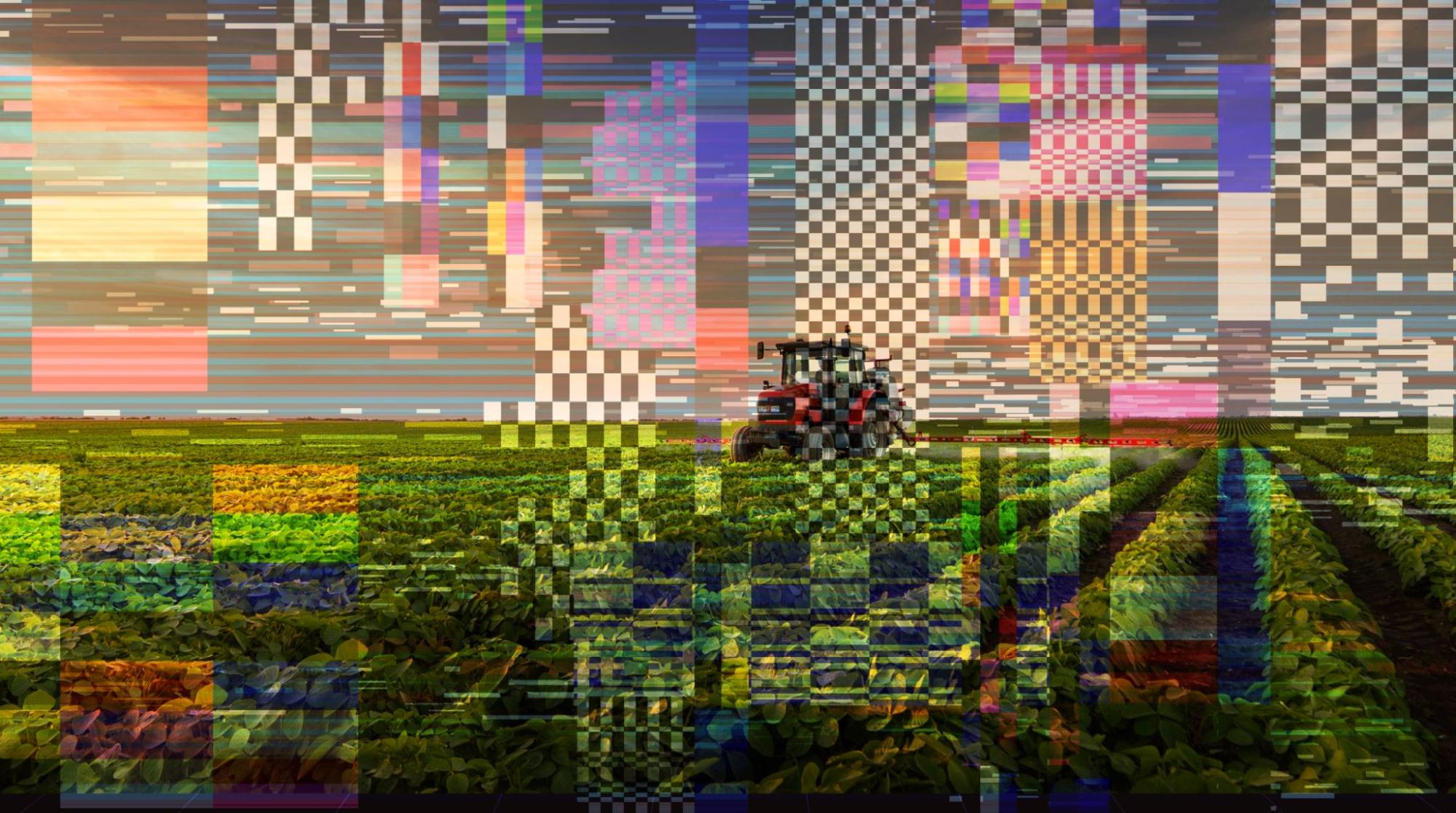 Questioning the true impact of rural automation with time and place as the contrasting consideration.

Karim Giscombe is a design theorist, focused on systems change and economic modeling. He is the CEO of PLANT—AG, which develops sustainable Food System Infrastructure globally. Additionally, he is also the founder of the social impact non-for-profit PLANT—4TMRW, which works across academic disciplines and corporate structure to make resources and opportunity accessible at a human level by reimagining the delivery of fundamental societal needs. Over his 15 year journey through Wall Street, he held both practicing and leadership roles with industry leading firms such Merrill Lynch and Morgan Stanley, and led top-down initiatives driving cross-platform development and organizational change. 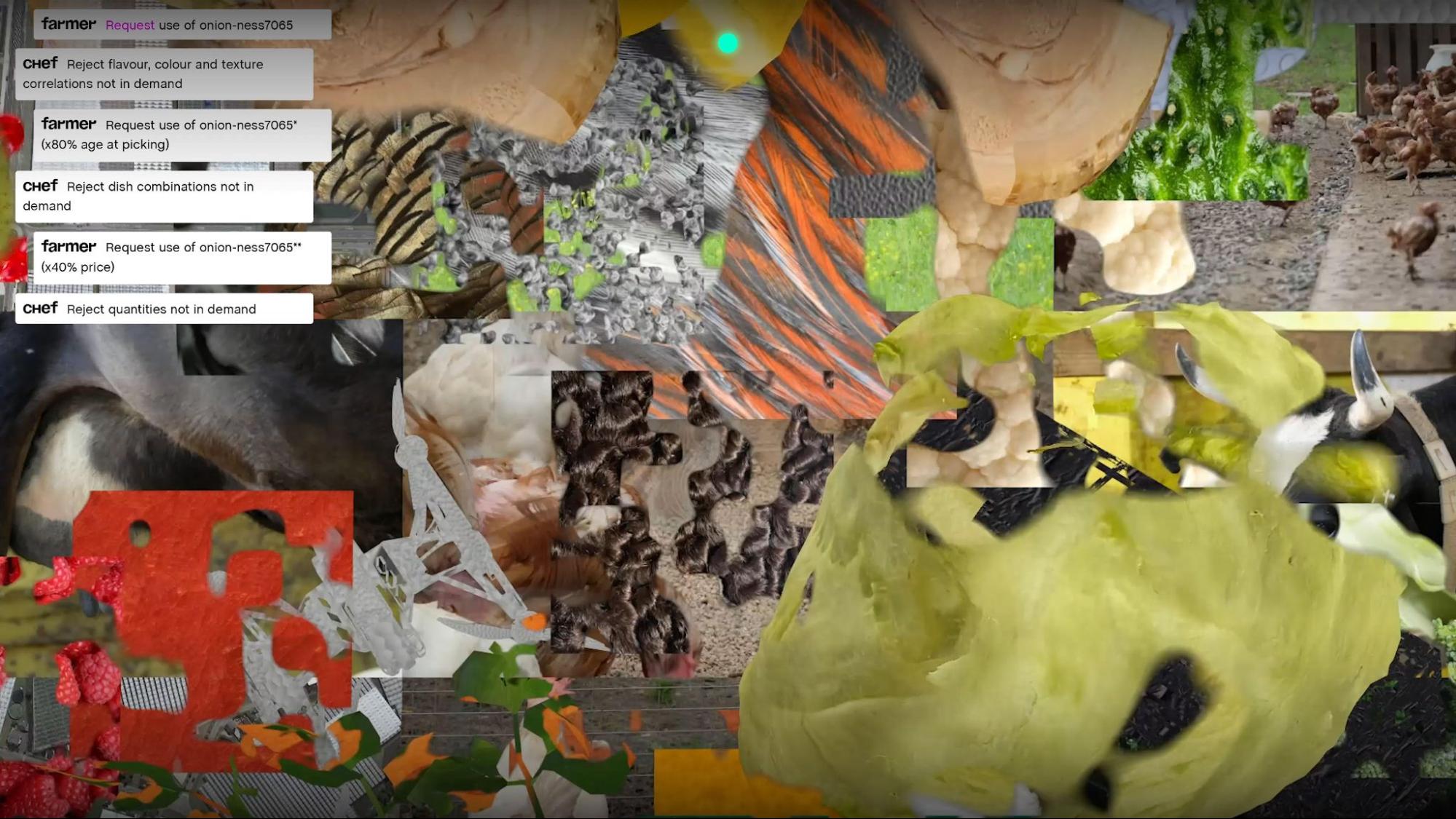 Talk presenting the research and development of Tuda Syuda: a speculative terraforming platform activated by a “conversation” between two artificial intelligence systems, Chef and Farmer, simulating and expanding on the traditional negotiations taking place between producers and consumers.

The collective behind Tuda Syuda performs research and design projects in the fields of applied AI, agriculture, parametric urbanism and food design. It began as a research and speculative design collaboration with Russian and non-Russian stakeholders at Strelka Institute in Moscow and thus has a particular focus on Russian urban and landscape design within a global context of exchange. 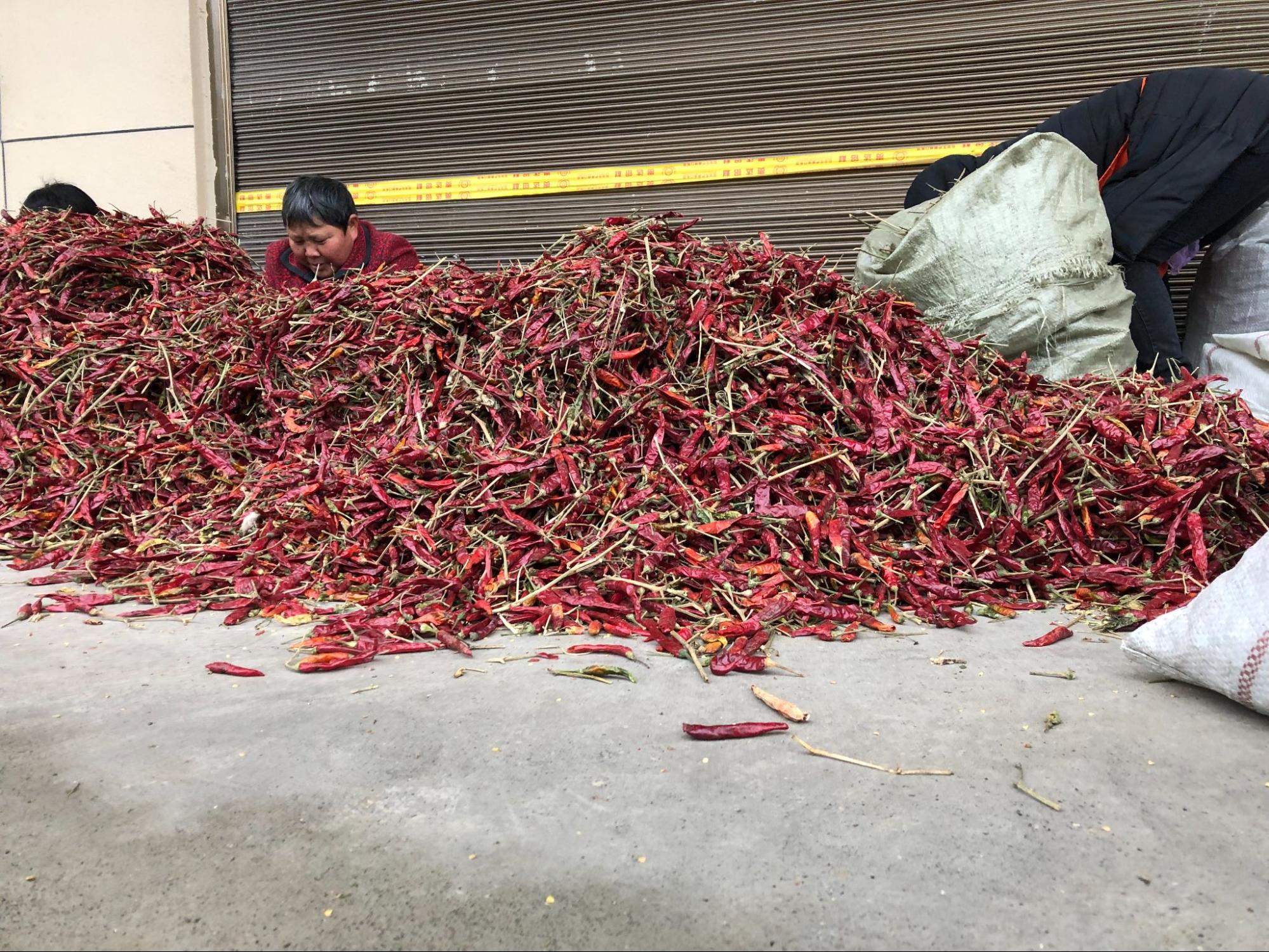 What happens when tech goes down to the countryside? Smart cities, digital urbanism, and the urban spaces of tech enabled surveillance have been well documented, but what awaits in the periphery? In this talk I look at precision agriculture and chili growing in Guizhou, China.

Xiaowei R. Wang is an artist, writer, organizer and coder. They are the author of the book Blockchain Chicken Farm: And Other Stories of Tech In China's Countryside and one of the lead facilitators of Logic School, an organizing community for tech workers. 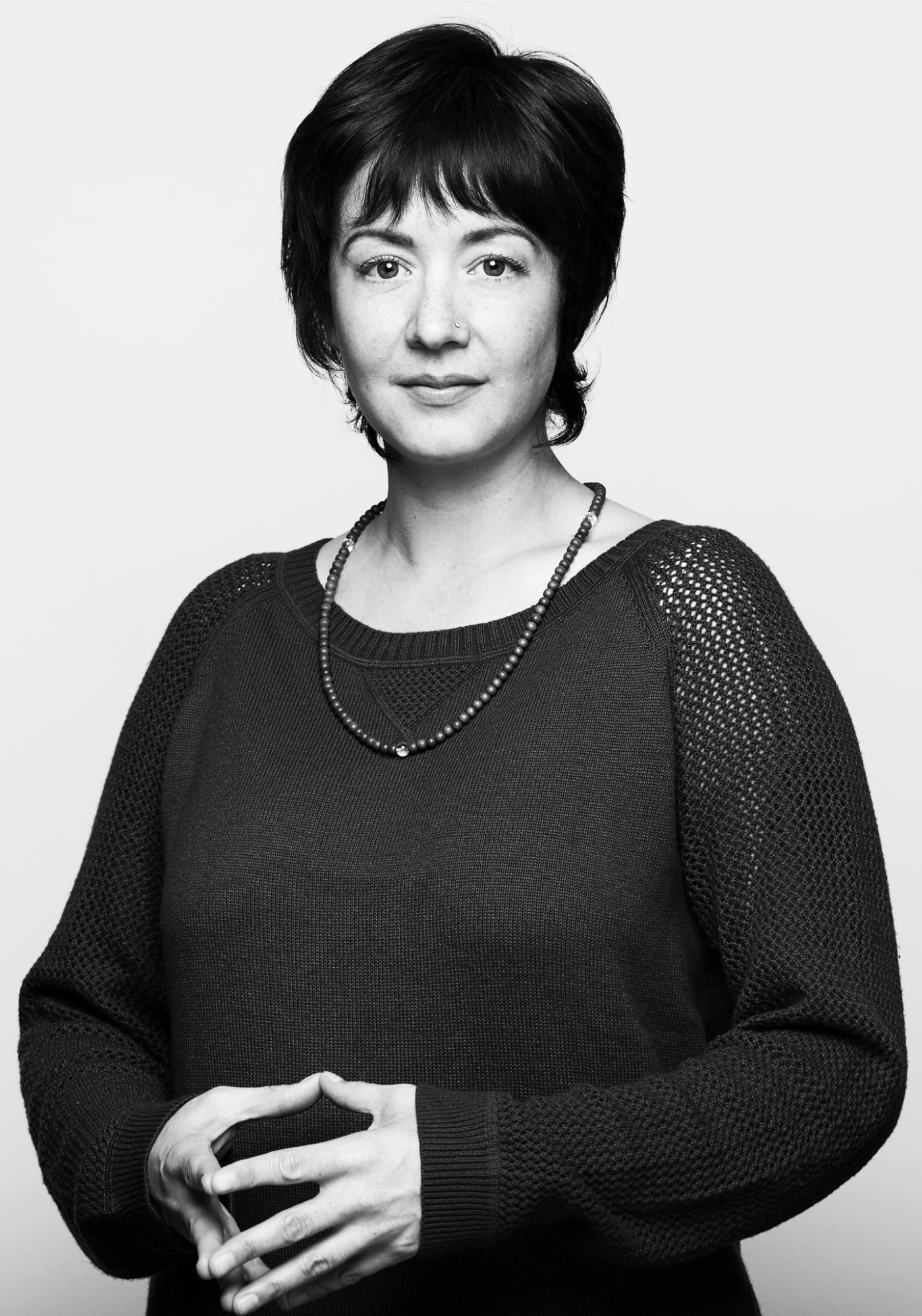 Banks Preeminence Chair and Associate Professor of Artificial Intelligence and the Arts, University of Florida, Digital Worlds Institute and Innovator at U.S. Department of Art and Culture: Honor Native Land. 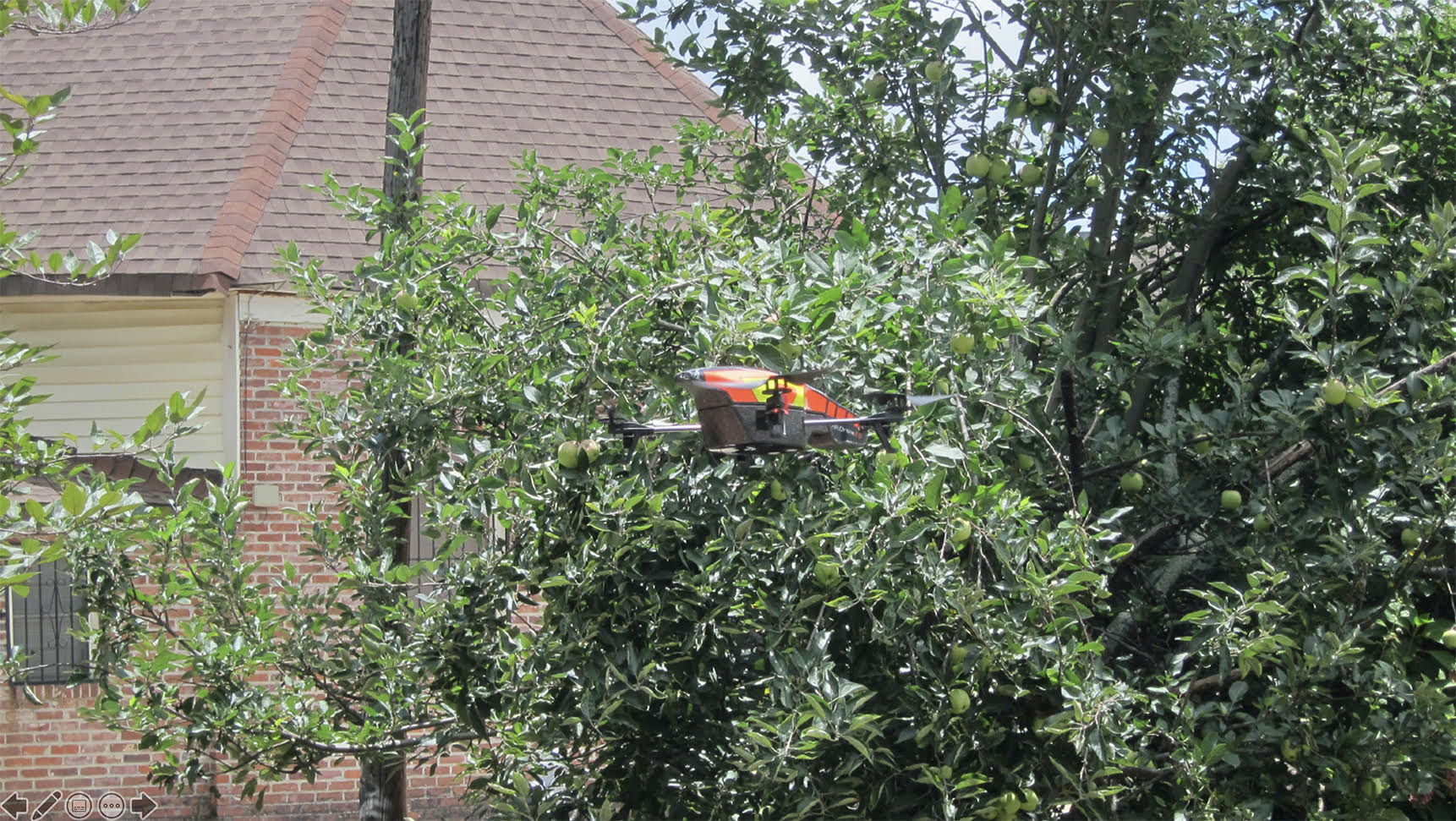 Designs for Foraging: Experiments in Precision Agriculture for Imprecise Practices

Foraging for fruit is a decidedly imprecise practice, involving chance and accidental abundance. How might we re-imagine the technologies of precision agriculture in support of foraging? And in the process, how might this prompt reflection on designing to support diverse economies and practices of care at scale?

Carl DiSalvo is an Associate Professor at the Georgia Institute of Technology. His work combines theories and methods from the arts and humanities to explore the social and political potentials of computing. 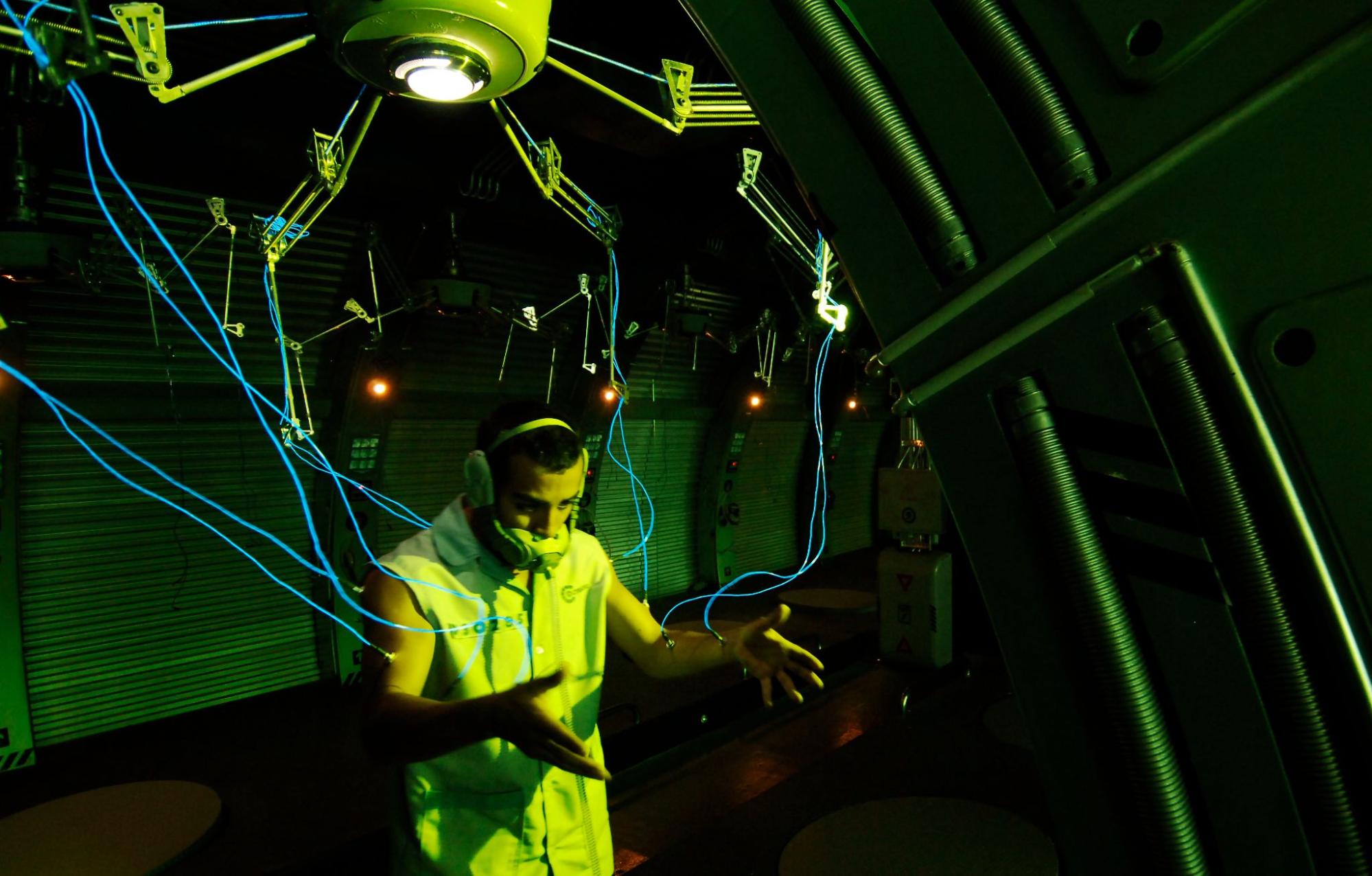 Reflections on Sleepdealer and Future Projects

Alex Rivera reflects on his Sundance award-winning sci-fi film project Sleepdealer and discusses future projects that he has in the works.

Alex Rivera is a filmmaker whose work explores globalization, migration, and technology. His work, which cross genres from fiction to documentary, from installation art to music video, has won multiple awards at the Sundance Film Festival, the Berlin International Film Festival, the BlackStar Film Festival, and has been screened around the world. 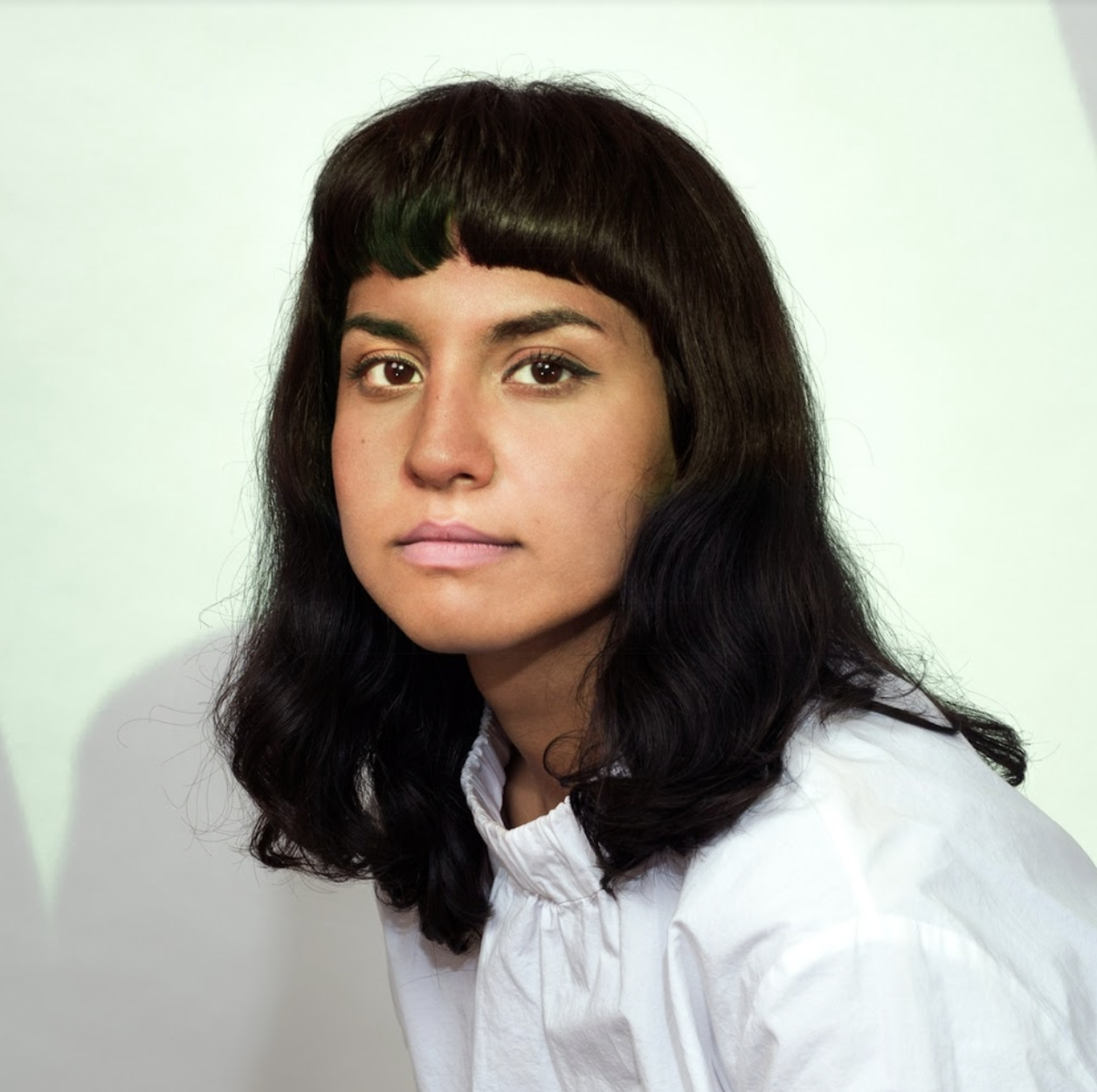 Yasaman Sheri is Designer & Director investigating the creative inquiry of technology and biology. Her research explores interfaces of sensing, perception and aesthetics of simulation. She is an advocate for diversity in technology and builds platforms and tools that support artistic practice in Life Sciences. 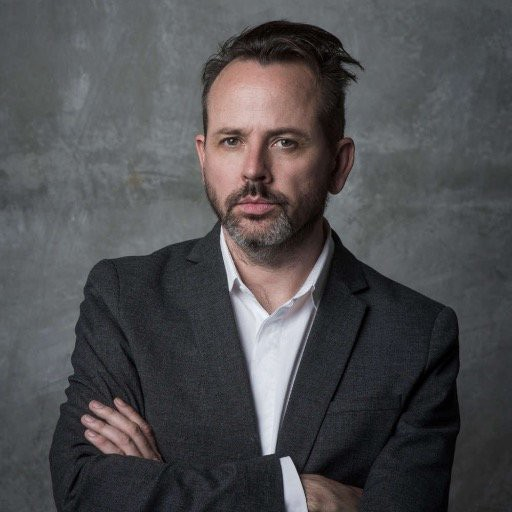 Readings from the Automation as Ecology chapter of The Terraforming, which considers automation as a distributed ecosystem embedded in ecological and artificial systems.

Benjamin H. Bratton is an American sociologist, architectural and design theorist, known for philosophical and applied research and for his writing on the geopolitical implications of what he terms "planetary scale computation". He is Professor of Visual Arts at University of California San Diego, Professor at the European Graduate School, visiting Professor at NYU Shanghai, and director of the Strelka Institute in Moscow.